There are four big-time American awards given out each year to the cream of the crop in the entertainment business: Oscars, Grammys, Emmys, and Tonys. 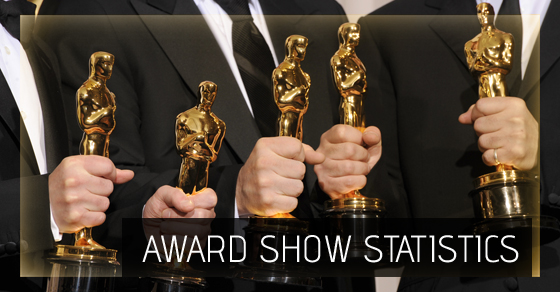 Only 12 people, including Mel Brooks, Whoopi Goldberg, and Audrey Hepburn have ever won all four.

Taking home what’s now known as an EGOT is obviously a rarity, but how many people take home at least one every year?

Here’s a list of people who win the big awards every year in the US:

Started in 1929, the Academy Awards are an annual event designed to honour artistic achievements in the film industry.

Currently, there are 24 different categories (25 if you include Best Original Musical, but that hasn’t been awarded since Purple Rain in 1984) from the earliest categories of Best Picture and Best Director to the addition of Best Animated Feature in 2001.

The most awards any one film has won at a time is 11, and the only film to ever win all 11 it was nominated for was “Lord of the Rings: Return of the King.”

Similar to the Academy Awards, the Grammys are designed specifically to reward the talents in music creation, performance, and production.

As of 2014, there are 84 award categories in total, but only four of them apply to all music genres: Album of the Year, Record of the Year, Song of the Year, and Best New Artist.

The record for most Grammy awards is held by Sir Georg Solti, a Hungarian-British director who has won 31 of the Grammy categories.

The Emmys are awards to pay homage to the hard work and talent that go into creating television shows. These ceremonies are held at different times throughout the year, but the two main days that get the most coverage are the Primetime Emmys and the Daytime Emmys.

The statue is of a female muse with wings to represent artistic creativity, holding an atom to show the fusion of art and science within television. Regardless of TV genre showcase time, all those who receive this award are called Emmy Winners.

Finally, the Tonys are America’s way of showing off how ridiculously talented those people are who perform in musicals. Named after Antionette Perry, the co-founder of the American Theatre Wing, these awards are given for Broadway performance and production.

Like the Oscars, there are 24 different awards as well as special significance awards that are also handed out.