Every year, millions of people across the globe tune into watch the annual Academy Awards, more commonly known as The Oscars. What a lot of people don’t realize however, is that there are a number of other prestigious movie awards ceremonies that take place all over the world.

A lot of these names will sound familiar to the biggest film buffs and movie aficionados, but we’re willing to bet that they’ll be new to a lot of people.

With that, we bring you our list of 4 of the most prestigious movie awards! 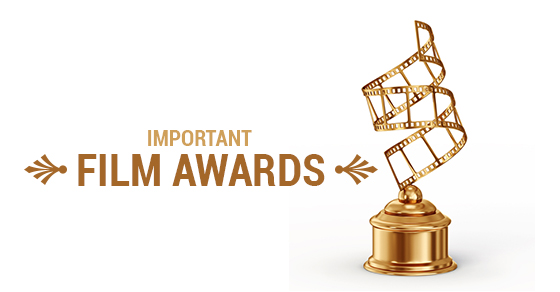 Only films made by Europeans can be considered for the award. Every year, some of the best films in Europe (and in some cases, the world) are celebrated at this prestigious ceremony.

Film and cinema is still an emerging industry in many parts of Asia, which is why the Asian Film Awards were founded. The Asia Film Festival was launched in 2007 to celebrate and promote the industry, and is one of the most prestigious events for actors and film teams from the continent. The festival is facilitated by the Hong Kong International Film Festival society.

A lot of people (at least those who live in North America) aren’t aware of just how booming India’s film industry is, when in fact it is one of the largest in the world. This is thanks largely to the enormous success of Bollywood – also referred to as Hindi Film Cinema.

The IIFA ceremony began in 2000, and is now one of the most prestigious events of the year for Bollywood with nearly 50 awards are presented during the ceremony.

Ironically, despite the awards ceremony’s name, it isn’t always hosted in India. In fact, it was organized and heald in South Africa back in 2013.

The Palm D’or Awards ceremony, more commonly referred to as the Cannes International Film Festival (or Festival de Cannes in French) was founded in 1946, and is one of the longest running award functions in history. The event is invitation-only, and rivals the Academy Awards in terms of prestige and publicity.

Every year, thousands of high-profile actors, directors, producers, and others in the film industry gather to honourthe greatest films in the world.