Which Actors Have Taken Home the Most Academy Awards

The first Academy Awards began in 1929 and has presented thousands of awards since. Some actors are excluded from the Awards year after year despite exceptional performances, while others can claim more than a couple of awards for their work. Forty actors fall under the second category, each one bringing exception talent to their roles. Read on to see which winners you recognize! 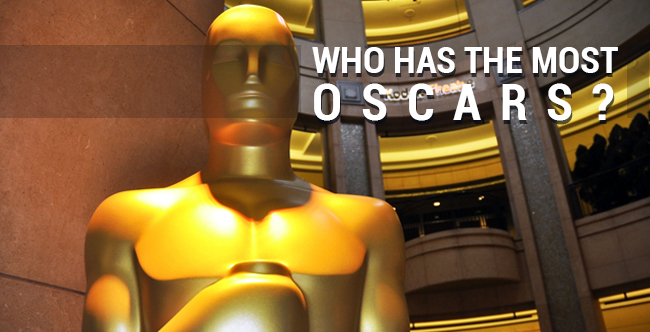 Her body of work stands out among the Hollywood greats and because of that she holds the most Academy Awards of any actor. From 1932 to 1981, her films has earned her 4 Awards. Morning Glory, Guess Who’s Coming to Dinner, The Lion in Winter, and On Golden Pond are the films for which she was recognized. Known for her strong character, she has many memorable quotes about acting and life in general.

Five of the actors to ever receive 3 awards are still working in Hollywood. Daniel Day-Lewis, Jack Nicholson, and Meryl Streep have each been recognized for their lead and supporting roles.

Meryl has been nominated 18 times for the Academy Awards. Ingrid Bergman and Walter Brennan are the other two actors honored three times by the Oscars, while Brennan has only been recognized for his supporting roles.

Cate Blanchett has the most recent second win for her incredible acting in Woody Allen’s Blue Jasmine.

Multiple nominations doesn’t always guarantee a win. Peter O’Toole was nominated 8 times yet never won. Below is a list of a few actors who share the prestige: