Five Amazing Trophies from Around the World 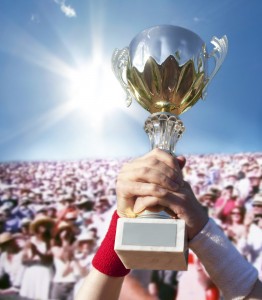 This world-famous prize known across the world by football fanatics and casual watchers alike also goes by the name of the Vince Lombardi Trophy. Vince Lombardi is an iconic figure in the sport dating all the way back to the beginning of his career as a player on the Green Bay Packers during the 1960s. Every year, a prestigious company is commissioned with crafting a new award. It may surprise some to know that the maker of the trophy is none other than the creator of fine jewelry, Tiffany and Co.

Google is known for its grassroots innovation, and each year it hosts a competition for youth of 18 years and under. The 2012 and 2013 winners were awarded with trophies made of LEGOTM. The versatile toy was elaborately designed in the shape of the loving-cup, a standard for many awards, complete with dual handles and cover. The brightly coloured and light-weight trophies were a suitable prize for the glowing winners of this global competition.

Historically, winners of the Olympic games in Ancient Greece did not receive trophies. Their achievement was marked by laurel wreaths, which would become a regularly used symbol in Western literature. When the Romans adopted the traditions of their predecessors, trophies were not given to top athletes. A money prize was used instead. By 1900, cups and trophies were awarded as a symbol of victory in competition.

This prize is literally worth its weight in gold. The global contenders in professional soccer battle on the stadium field for this award. The World Cup is also known as the Coupe du Monde and was originally called the Jules Rimet Trophy. The first trophy was made of sterling silver plated with gold. After its theft, the replacement was fully constructed with 18 carat gold. Coming in at 35 centimetres and 3.8 kilograms, the world cup trophy is anything but a hollow victory.

In 2012, the dinner following the Academy Awards at the Governor’s Ball featured miniature trophies made of chocolate in the mold of the Oscar statue. The host of the tasting, celebrity chef, Wolfgang Puck, is photographed biting into the imitation statue. The edible chocolate dessert was dusted with gold and available for order off the menu to winners and non-winners alike. 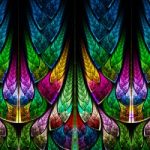 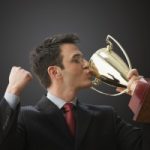 Why Every Company Should Give Out Awards