The History of Trophies 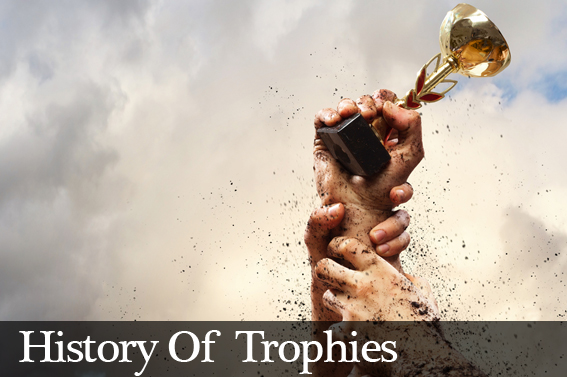 In modern society, awarding trophies for specific accomplishments is a common practice. Many of us may associate trophies with sporting events, but they are used for a variety of sporting and non-sporting awards. No one is really able to detail the history of the trophy with 100 percent accuracy, but here are some interesting tidbits that will give you an idea of why we value them to such a degree.

Why We Use Them

Way back when physical battles were commonplace, pieces of the loser’s armour may have been taken by the victor as a token. Today, we use trophies for much the same reasons, only the things we have to do to get them are far less severe. Whether it’s a golf tournament, spelling bee or corporate achievement, the trophy acts as a token, highlighting your accomplishment for all to see.

The history of trophies may have its origins in ancient Greece. The winners of athletic events like the Olympics would receive laurel wreaths or an amphora with sacred olive oil. Tripod vases, bronze shields and silver cups were also used during this time, as precursor to the trophies were are used to today. In ancient Rome, rumor has it that money was given to the winner of athletic events in lieu of a trophy.

Different metals may have been used in the beginning, and for centuries afterward but in modern society trophies are mass produced and made from different types of plastic instead of metal. Sporting trophies will often have a small statue that resembles a player of the sport in question, or some symbol of that particular sport.

Mass produced trophies are generally available through catalogues and now websites, so you can choose the design you want and place your order conveniently.

Most professional sports have trophies that become symbols and traditions of the sport itself. The trophies for the World Cup, World Series, NBA Championship and Super Bowl are all instantly recognizable by even casual sports fans. And virtually everyone in Canada or other hockey-loving nations knows the Stanley Cup.

These professional sporting trophies that are given to the champion each year are known as perpetual trophies. This means they are held by the winner until next year’s event when a new champion may be crowned. This is the same for individual sports like golf tournaments and tennis tournaments. Participation trophies are given to players or members just for participating in a league or an event. They aren’t necessarily a token of victory, but a token of having been there and participated. 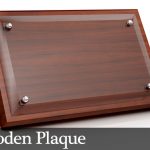 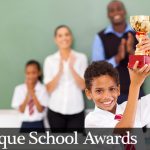