Think of the countless writers who go unrecognized in literature. Their works stir the imagination of readers around the world, yet only a select few are recognized through literary awards.

Four of the most valuable literary prizes have established the names of a number of authors to their place in literary history.

The following are the most important recognitions that are given to a writer’s work:

The Nobel Prize is awarded in six different disciplines. The one in the category of Literature has been awarded every year to an individual who has demonstrated exceptional work. The prize is awarded to candidates who have been selected from a large collection of nominees.

This award is granted in recognition of the author’s entire body of work, and the recipient receives a gold medal, diploma, and financial prize. The Nobel Prize in Literature is a highly sought-after award for writers, scientists, and all academics.

The Franz Kafka Prize is named for the famous German Author. In 2001, the award was first granted in Prague. Each recipient of the award is given a statue, diploma, and a financial prize of $10,000.
It became well known in 2004, when two of its previous recipients were awarded the Nobel Prize for Literature. This brought the Franz Kafka Prize to the forefront of literary awards.

Less well known is the Jerusalem Prize. This is awarded every two years and focuses on those individuals who have written on ideas related to social freedom.

The Jerusalem Prize is presented at the Jerusalem International Book Fair, with the recipient receiving a $10,000 award.

The first award was given to Bertrand Russell who had previously won the Nobel Prize 13 years earlier. This helped raise the level of status of the Jerusalem Prize in the literary world.

The Pulitzer Prize is granted in recognition of literature, journalism, and the composition of music. It was first established by Joseph Pulitzer, and has been awarded every year. A $10,000 cash prize is given in 20 of the 21 categories.

These four prizes recognize outstanding achievements in literature. They have become the most valuable awards given to writers and grant well-deserved praise on achievements that contribute to the arts and all of society. 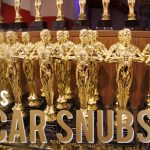 7 Most Famous Oscar Snubs in History 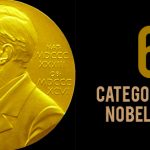 What are the Six Categories of the Nobel Prize?