What are the Six Categories of the Nobel Prize?

The Nobel Prize is famous as one of the most important awards bestowed upon an individual.

Each year, the public eagerly waits to find out who will receive the award and be recognized for their outstanding work in their respective field.

Committees in Sweden and Norway recognize individuals for their contributions to culture and science. Some have even received the award more than once! But many people are unaware that the Nobel Prize is awarded in six disciplines.

The following are the six categories for which the Nobel Prize is given:

The Nobel Prize for literature is given to an author who has demonstrated a significant body of work. The recipient is awarded a diploma, gold medal, and a financial prize.

The Nobel Prize for economics was first awarded in 1969. It’s become the most prestigious achievement in economics.

Its recipients are chosen by a Prize Committee and the Royal Swedish Academy of Sciences. Ragnar Frisch and Jan Tinbergen were the first recipients.

Each year, the Nobel Foundation awards the Nobel Prize in Physiology or Medicine. Individuals in the medicine and life sciences disciplines are recognized for outstanding achievements.

The first recipient of the award was Emil Adolf von Behring, for his work related to developing a diphtheria vaccine. Gerty Cori became the first woman to be recognized with a Nobel Prize in Physiology or Medicine for her work in glucose metabolism.

Every year, the Royal Swedish Academy of Sciences awards the Nobel Prize in Physics. This award has a maximum of 3 recipients and consists of a rigorous process in their selection. As a result, it’s become one of the most prestigious awards in physics.

The selection process for the Nobel Prize in chemistry is also rigorous. A few thousand individuals nominate the candidates, and only 5 members of the Royal Swedish Academy of Sciences select the recipients.

The committee reviews the nominations and begins with about 200 qualified candidates. From there, experts and the committee further narrow down the selection until the final recipients remain.

The Nobel Peace Prize recognizes those individuals who have made outstanding contributions to the establishment of peace throughout the world.

The prize is unique in that it is the only one that is not awarded in Stockholm, and statutes forbid any information related to the selection process to be released until 50 years after a recipient receives the price.

The Nobel Prize has achieved a level of stature that has made it one of the most sought after awards in the world. It recognizes achievements in culture and science, while recognizing those who make great contributions to a variety of disciplines. As a result, the award has become an iconic symbol in our world’s developing history. 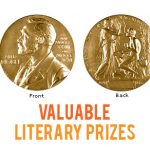 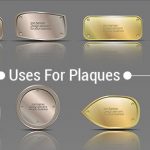