What is this Fantasy Football all about?

Fantasy football is a growing hobby or game – whatever you want to call it – that is catching the nation by storm. Millions and millions of people participate in fantasy football every year. So for those of you that don’t know about the game, below is a brief explanation.

A fantasy football league normally consists of 12 teams (some are less or more). Before the NFL season starts, fantasy teams draft their own team, consisting of NFL players. A draft order is set by the league and all owners draft until their roster is filled. A new trend for fantasy leagues is auction style, though. This is where teams bid on players and every team has a set dollar amount they can spend during the auction. Instead of picking your players in a draft, you bid on them until your roster is filled.

Most rosters are about 13 deep. Roster size does vary, though. Starters consist of a quarterback, two running backs, two receivers, a tight end, kicker and team defence. The rest of the roster is comprised of bench spots.
Just like being a real NFL general manager, fantasy owners are in charge of all aspects of their team. They can cut players, add players, bench players, or even make trades with other owners in the league. This is part of the strategy of running a successful fantasy team. Owners need to know when to sell high or trade for a player that might be under performing but seems ready for a breakout.

This is just a brief overview of fantasy football, but should give the novice a good idea about what this craze entails. Fantasy football doesn’t seem to be slowing anytime soon, so give it a try if you are up for the challenge.

We have all kinds of Fantasy Football awards for you to choose from so drop by and have us put one together for your team. 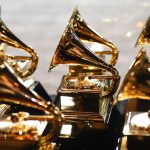