The Nobel Prize recognizes world class intelligence. Einstein’s world shaking work was awarded a Nobel Prize in physics in 1921. Surprisingly, the board chose to recognize how he advanced the law on the photoelectric effect. So why was Einstein denied the award for relativity?

Einstein: smarter than you think
Outside of his work on relativity, the famed professor contributed in a number of ways to research and invention. For example:

In addition, Einstein published several books, some written on philosophy. Education, his own and everyone else’s, was a personal priority.

In his most famous year, he published four breakthrough papers on Brownian motion, the photoelectric effect, special relativity, and matter-energy equivalence. Each of these topics are heavy weights on their own. Matter-energy equivalence is another way of saying E=mc2. Brownian motion addresses how particles move through liquids. Einstein’s work on the photoelectric effect gave rise to quantum physics. For the intellectual giant, one Nobel Prize might not be enough to acknowledge his developments in science.

How to reward the talented

Various scientists, humanitarians, and other influential figures can boast an array of awards. Substantial, gleaming prizes standing neatly in a row above the mantle, you can imagine what the likes of Einstein’s living room might be. Historically, there have been a few distinguished laureates who’ve won the prize twice. Unfortunately, our avuncular scientist was not among them. Instead, like the majority of winners, he was awarded a single medal.

What Nobel had in mind

Unlike the trophies of other recognizable competitions and awards, the Nobel Peace Prize is a simple medallion. It was designed by Gustav Vigeland. The following latin words are written on the medal:

Before 1980, they were made from 23 carat gold. Currently, 24 carat gold plates and 18 carat interior. The medal comes in at a modest 175 grams. The Nobel foundation acts in accordance with the will of the founder, Alfred Nobel.

The implications of Einstein’s work

The studies of photoelectric effects are more empirical than relativity. It took some time before scientists confirmed the theory through experiments. Furthermore, relativity is a theory that is consistent with many models, some struggling for validity. Relativity was accepted by the community, but awarding Einstein for relativity would not have been in the spirit of the prize. 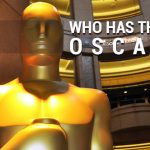