Designers of luxury goods and recognizable fashion brands all started somewhere. The path to success in the fashion world is a difficult one and contracts are difficult to secure. Fashion awards can launch a designer from obscurity into the height of spotlight! Having captured the attention for a moment, the artist makes the most of their time. In make-or-break moves, budding designers attempt the treacherous climb to the top.

A modest prize but a great start

The International Festival of Fashion & Photography – Hyeres, is held when heavy-weight competitions aren’t. This annual festival takes place during April to May. While flowers are coming into bloom in this Southern town on the coast, participants work away. The prize money is €15,000, which could support a struggling designer for some time. Most importantly, names like Karl Lagerfeld, Dies Van Noten, Raf Simons, and Yohji Tamamoto are involved. The now famous designers behind Viktor & Rolf won the award in 1993.

A platform for emerging designers

The Ecco Domani Fashion Foundation was founded over a decade ago and boasts an impressive roster of successful past winners:

The Creative Director for Digital at Vogue takes part in the process. The prize is a neat sum of $25,000 and a chance to participate in the New York Fashion Week.

The International Woolmark Prize starts from July and culminates in the following February. The grand prize consists of $100,000 and an opportunity to sell their clothing at upscale stores like Harvey Nichols and Bergdorf Goodman are possible locations. Timeless designers who’ve lent their names include Hubert Givenchy, Pierre Balmain, Donatella Versace, Diane von Furstenberg, and Victoria Beckham. Karl Lagerfeld and Yves Saint Laurent have competed and won during the early parts of their careers.

The support is strong and the competition stronger

There are several other awards available with tantalizing rewards at the end: 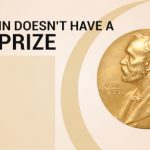 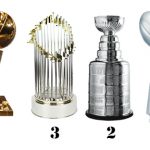 The Most Expensive Trophies in Sports